Building Something Amazing is about the Journey

A Conversation with Duke Chung, CEO @ TravelBank, at GBTA 2019.

This is a good example of an early days dorm-room beginnings story before hitting it big.

Back in 2001, right after the dot com boom, Duke Chung very modestly started his career as a tech entrepreneur creating a company called Parature, which meant ‘paradigm of the future’. “We didn’t really know what dot com really meant at the time. We just wanted to build something amazing,” Duke stated.

And build it they did!

“When I got into this business and moved to San Francisco, I asked my old customers what they used to manage expenses in travel”, Duke said. “Many of them were small businesses, and while there are some fragmented expense management products out there, almost nobody has a travel focused program for SMBs.”

Duke smelled opportunity to solve a problem. He went on to ask his customers: “If you could have anything how would you want to help effectively keep track of all of your travel expenses, what would it look like?” To which customers responded: “If you could build a really modern experience for our users, to get up and running very quickly for travel, we would use it.” Duke continues: “As I would leave their offices after listening to their feedback, they would grab me and add: oh by the way, if you could add expense management for everything, that’s exactly what every small business needs.” Those were the seeds that gave birth to TravelBank.

During our conversation with Duke, we touched on the way that the company is driven, what sort of guiding principles lie behind its success. Duke made it clear how important it was for him to follow a grassroots-type of approach. “My first company was focused on bringing to market top down solutions. That’s how it was 15 years ago, someone at the top made a buying decision for a tool and then forced everyone to use it.” Duke continues “But in today’s world, what’s changed, particularly in the Silicon Valley culture, is this whole bottom-up democratization of making decisions. Employees now have a voice, because they have the same access to these products as the decision makers. So why not let your employees, who are the ones helping you be more productive, get involved in the process? Even better, why not make them part of the decision-making process?”

Silicon Valley has  a culture that is very alluring. We asked Duke what the culture was like at TravelBank. Duke responded: “I have learned so much over the last few years while building a company here. Expectations are very high in the Bay Area, because of so many innovative technology companies. Competing for talent is extraordinarily difficult. That forced us to really think about the type of people we want for our team, and the type of culture we want to welcome them into. We discovered that we really want folks who are self-sufficient and need no direction. Duke said that they have a simple mantra: “Do the things that other people aren’t doing. If you see something that needs to be done, you should just go and do it.”

As the conversation came to an end, we asked Duke, as we routinely do on DojoLIVE, to share some final words of wisdom with us, particularly aimed at young tech entrepreneurs who are just starting out. Duke responded: “You can’t give up. Don’t give up. This can be a very long journey and I think that should be the expectation. Think long term. It takes time to build something amazing. Think of this as a crock pot. It takes time to cook great food as opposed to microwaving frozen food.” 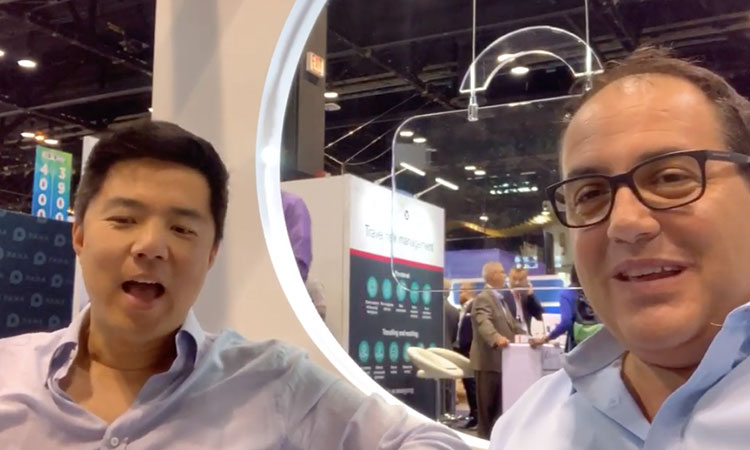