You calling me a “diversity hire”? 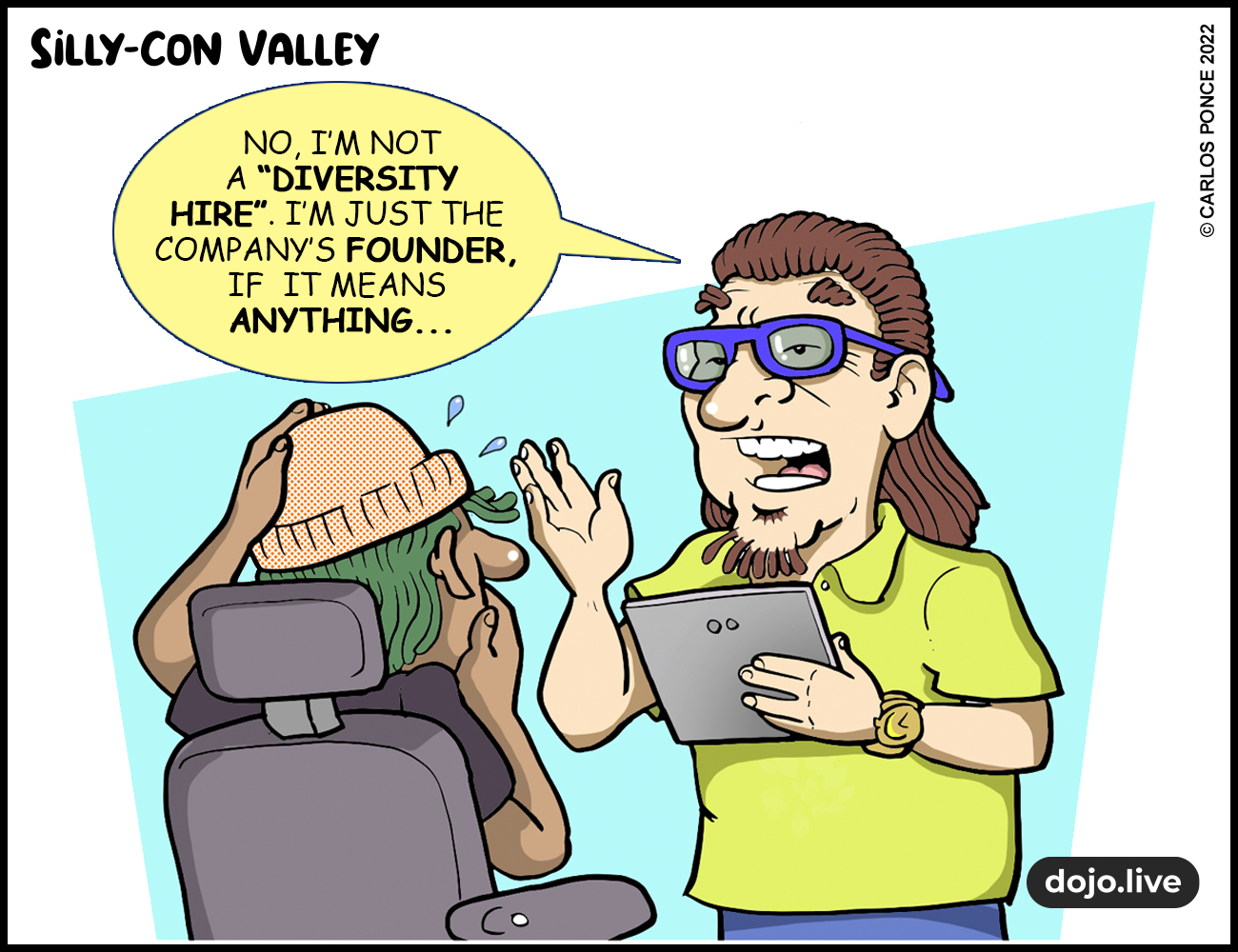 You calling me a “friggin’ diversity hire”?

I was having a beer-framed conversation with a friend who happens to be the CTO – I will call him Mike – of a well known real estate software company. Mike is in his late forties, and he was telling me about the time he hired a Junior programmer. “He was a bright kid , came from a big well known school “ Mike said. This was his first development job, and my friend was really looking forward to telling him all about the company’s systems and work flow. The newcomer was completely green, and having known Mike for almost twenty years, I know for a fact that he has a soft spot in his heart for new software engineers.

The new guy seemed to have a good sense of humor…at first . After a while his humor became quite a bit more snarky, a lot more passive-aggressive.  Mike assumed he was just getting used to working with people from different backgrounds and still adjusting to “ the real world” or whatever . One morning this Junior was particularly abrasive, hurling darts at everyone around him . He definitely enjoyed saying things for shock factor . Mike told me how the Junior made some comments about something innocuous and he retorted “Oh, Mike, you dang diversity hire!!” with a chuckle and then says “ sorry I don’t feel like pulling punches today “. Being a long-fused guy, Mike took some time to digest how demeaning, disrespectful, and frustrating a remark this truly was .

The situation was eventually resolved. The kicker being that months later Mike helped train two software engineering interns from another country who were extremely respectful , good natured, and several years younger than the offensive Junior programmer. Mike had assumed the green programmer was just an immature kid which was the reason for his comments . “I have met “kids” much younger , more tactful, and much more respectful than he was over our brief time working together”, Mike stated. “I eventually came to the conclusion that the issue was never his age or inexperience”, he concluded.

Long story short: the Junior was let go not too long after Mike reported his comments. Mike is now convinced that sometimes the best lessons come from the biggest mistakes, and that when creating an optimal work atmosphere, age is never a factor – neither too young nor too old. Attitude, empathy,  a sense of collaboration and respect beat even the purest of hard skills every single time.

CAN WE HELP YOU HIRE FOR TALENT?