Vishal Sunak is the co-founder and CEO of LinkSquares, the company behind the fastest-growing AI-powered contracting platform for legal teams. Named among the 2020 Gartner Cool Vendors for Contract Lifecycle Management and Advanced Contract Analytics, LinkSquares is used by more than 400+ legal teams at mid-to-large companies, including brands such as TGI Fridays, Cogito and Wayfair, to move their businesses forward faster.

Vishal is widely recognized as a change agent in the legaltech space, where he has worked tirelessly to improve outcomes for legal teams, while elevating their visibility within the enterprise.

Using technology to unlock value for creators in the music industry.

Ade Adeyemo spent the first part of his career in the financial services industry where he worked at JPMorgan for 6 years taking up roles within the securities based lending business and more recently in private wealth management. His interest in the music industry predates his professional career. In the early days of the ipod and mp3 players Ade used to curate playlists for himself and for friends.

After completing his Masters in Entrepreneurship from the Foster School of Business at University of Washington, Ade decided to merge his professional experience in finance with his interest in the music industry to build Joko – a video streaming platform where recording artists can tell their stories and realize a profit. Joko uses a technology-enabled marketplace to give users access to exclusive docuseries, and provide artists an alternative source of revenue. It is a technology-driven media company with an ode to the past and a keen eye on the future.

Keith is Chief Marketing Officer of Kasasa® , the innovative leader in branded, communitypowered banking products proven to drive profit and growth. He directs growth initiatives for Kasasa and the company’s client base of more than 900 community banks and credit unions. 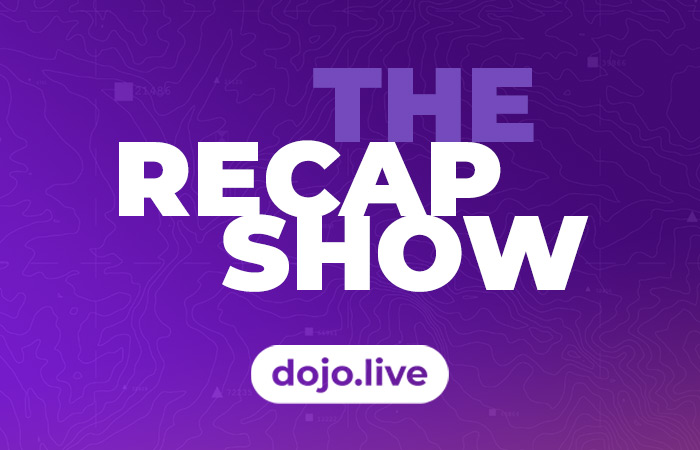 Gary Goldberg  is an entrepreneur and third generation textile scientist who has combined his passion and unique knowledge of the craft with a relentless entrepreneurial spirit to disrupt the way sports leagues, teams and schools design and purchase customized gear for today’s young athletes.

Gary is the founder and CEO of SquadLocker – a B2C and B2B startup that has reinvented the way sports leagues, teams and schools design and purchase customized gear including uniforms, spirit wear and other apparel. Gary is extremely passionate about the impact of mentoring when it comes to helping today’s young athletes reach their full potential. In fact, Gary believes coaches, teachers and mentors are the unsung heroes in the fabric of America’s youth.

Michael O’Neil is the Founder and CEO of GetWellNetwork. He is an active leader in the healthcare, entrepreneurial, and non-profit communities, including Graybridge, a non-profit he launched in 2020 alongside ten families. Graybridge, a non-profit, non-partisan, inclusive organization focuses on improving racial unity through human connection. Graybridge seeks to address deeply rooted racial stereotypes and intolerance through an interactive journey of discovery, connection, and impact to educate and empower people to improve racial equity and justice. Michael is also a cancer survivor and the founder and CEO of GetWellNetwork, a leading global digital health company that offers interactive patient engagement solutions. For more than 20 years, Michael has focused on bridging care gaps to create a seamless experience for patients and their families.

You can check out all the shows anytime right here: www.dojo.live/interviews/

Podcast: Innovating in a Box

How to push the limits while remaining true to the business mission.

Paul Hanges is the CEO of JibJab, a leading independent provider of social expression content specializing in digital branded entertainment eCards, satires, messages and now, personalized books! As an accomplished digital media, marketing and technology leader, Paul has a wealth of experience overseeing growth strategies for large-scale content production studios, and has been on the forefront of the digital branded entertainment experience for more than a decade.

Paul joined JibJab in 2016 as its chief operating officer where he was responsible for the day-to-day operations of the studio, in addition to direction and performance of the legal, accounting, paid media acquisition and customer service teams. Since starting at the company, Paul has introduced new performance management processes, revamped budgeting and forecasting modeling, and secured several new production financing deals for the company. He was named CEO in January of 2019 after the company was acquired by Catapult Capital.

Podcast: AI & Robotics: On the Edge

Pramod Raheja, is the CEO & Co-Founder of Airgility, Inc., a company focused on artificial intelligence and aerial autonomous systems based in the Washington DC Metro area and a spinout from the University of Maryland. He is an entrepreneur of 20+ years and a longtime member and past president of the Entrepreneur’s Organization of Washington DC.

He is a graduate/mentor of the Founder’s Institute, Mass Challenge US Air Force Labs and the Fedtech Accelerator Program. He holds a B.S. in Aerospace Engineering from the University of Maryland and is a graduate of the Entrepreneurial Master’s Program at MIT. Pramod thinks of himself as half geek and half sales guy and believes Airgility is at the forefront of an aerospace revolution. He lives with his wife in Potomac Falls, VA and just became an empty Nester with two awesome boys attending Virginia Tech.

You can check out all the shows anytime right here: www.dojo.live/interviews/

How can consumers become empowered patients?

David, a Navy Gulf-war veteran, is a seasoned technologist with more than 22 years of experience. He has participated in two IPOs and delivered more than 10 applications to market in the Salesforce eco-system. Over the last decade, Franklin has focused on cloud computing and machine learning for health care applications.

He has studied at Moody Bible Institute, Penn State, and MIT. His recent venture, knowRX, was formed after losing his father in 2018, due to a medication side-effect. Here, his desire is to help empower patients, improve conversations, health literacy and the quality of life while taking a medication.

Podcast: What the Future of Sales Means for Humans

Can human sellers be replaced by AI?

What is Product Led Growth and how can it benefit B2B and mainly B2D companies as the main go to market strategy.

Shimon Tolts is the CEO & Co-Founder at Datree, which prevents Kubernetes misconfiguration from reaching production.

After receiving his first PC at 8 years old, his first act was to disassemble it and connect the different parts. At 15 Shimon started his first company, providing web hosting on top of Linux servers in the pre-cloud era. He established and managed the Software Engineering Infrastructure department for 400 engineers at ironSource. Also as an AWS Community Hero, Shimon runs the largest AWS user-group worldwide and an avid speaker at conferences. Shimon co-leads the Israeli CNCF chapter.

As an immigrant from Canada and first generation American along with citizenship to Lithuania/EU, Eric Chebil graduated University of Washington with a BS in Construction Engineering, double minoring in Architecture and Finance. Prior he was on the U.S. national rowing team and understands firsthand what it takes to overcome challenges and teamwork. Eric has over 10 Years of experience in real estate including managing teams and projects while working for top global general contractors including Kiewit and Swinerton Builders, and brokering real estate homes at Christie’s International and mortgage loan originations at Chebil Realty.

Podcast: The Future of the Data Revolution

Harrison guides Spokeo‘s product vision to build an experienced team that helps the company realize its mission of making the world around us more transparent. Under his leadership, He Harrison has helped build and scale Spokeo ’s user base from zero to serving tens of millions of users. He is passionate about building products that help customers get their jobs done.